Landscape photography for a landscape company 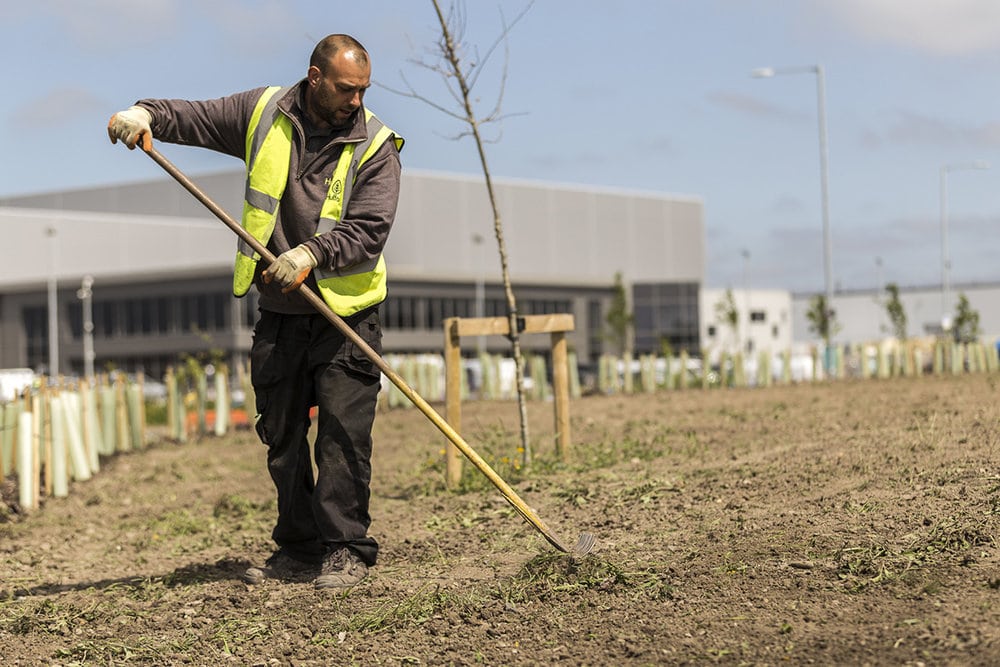 It’s always fantastic to pick up new commercial photography clients. When Hultons Landscapes got in touch a week or so back, I was excited. The brief was to shoot a number of ongoing projects across the northwest for use online and in awards entries.

Once we knew we were going to have the weather, the arrangements were made for the Thursday and I set off to meet the site manager at their offices in Dunham Massey.

After I shot three new starters, we set off to location number one: Aldi Distribution Centre in Farnworth. This was a huge site and they were still cultivating parts of it for planting. I was asked to make sure the Aldi logo didn’t appear in any of the shots as well!

An hour spent here shooting overall views, details of wild flowers and grasses, they have to include in new developments, we set off to site number two in Huyton, Merseyside. This was a new development of apartments opened by Lord Coe. Hultons Landscapes were hoping to have the contract renewed for the grounds maintenance so site was immaculate. A gorgeous courtyard was the main feature.

Site number three was a little harder to cover. Still classed as an active building site, PPE had to be worn, fences surrounded the landscaping so it was a challenge to get the photos to show how nice the landscape design was without making it look like a building site.

Finally, and as an extra, we scurried to Altrincham Grammar Schools for Girls, where Hultons Landscapes are responsible for maintaining the grounds. Although not absolutely necessary, it was a nice to have during school holidays. It would have been impossible to photograph during term time.

All the images were needed urgently. Friday morning was spent processing them and uploaded them to Dropbox for the client to download as high resolution and web resolution versions.

Importantly the client absolutely loved the images and hopefully I’ll be doing a lot more over the coming weeks.